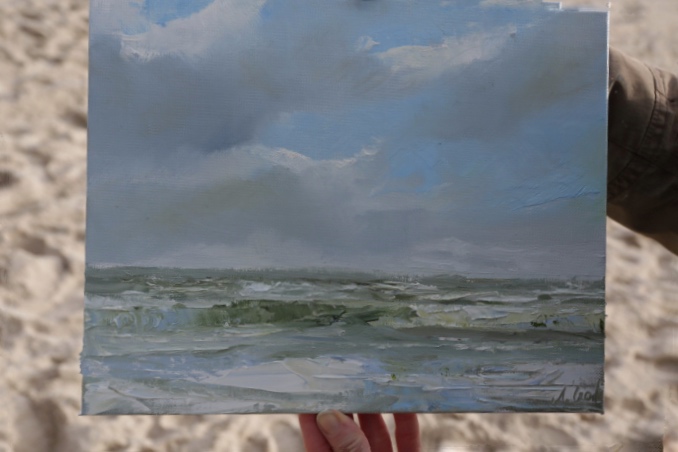 The sea seemed to be boiling and the last winterwinds hit with 6BF the island of Sylt in North Germany. Rain showers and sun changed like every two minutes and gave no time to rest. This is my favorite kind of weather.

Even though the conditions made it somehow tough to paint outside. This time it were the rain showers that did put me to a test. My umbrella didn’t stand the wind force for three seconds, so I had to do without. Stupid idea anyway. My palette and oils were soaking with water, which made it kind of tough to paint. The advantage of a weather like this is the wet beach. No sand flying around and on to my face or the canvas.

The sound of the breaking waves was ear-battering and the waves rolled onto the beach. Those who know the west beach of Sylt at List know exactly that at this part one can find the most beautiful waves. 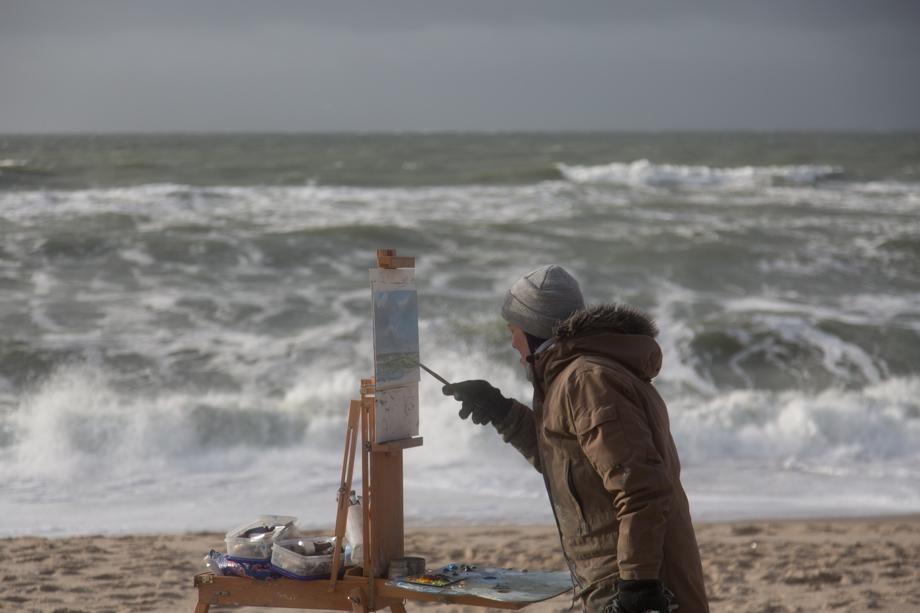 I could taste the salt on my lips and even two days later it burned in my eyes. Not many people were down at the beach that day, but those who were had the same exaltation ion their faces.