Light. So much light and the most beautiful colors. 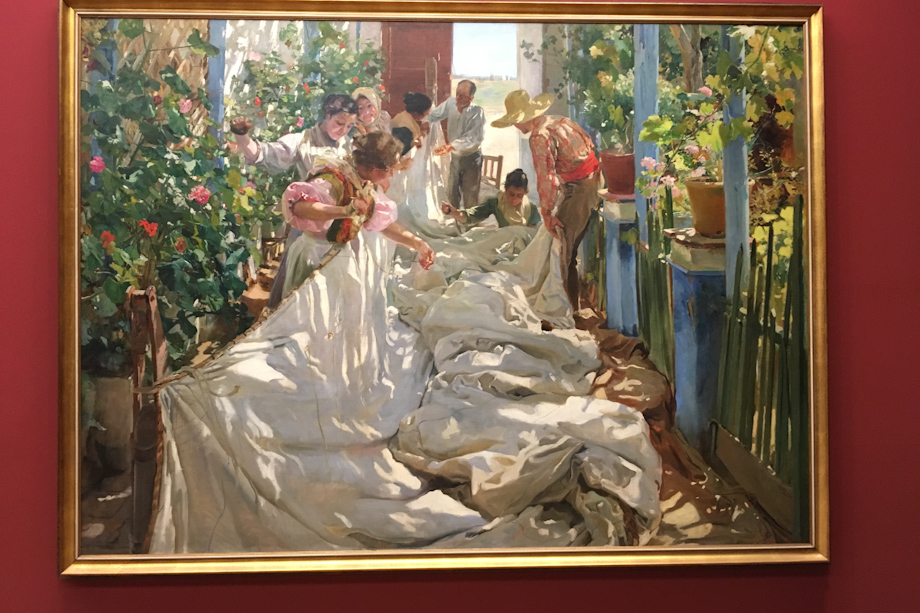 Till the third of July 2016 the fantastic exhibition is still on in Munich/Germany and shows 120 paintings.

Like no other, Joaquin Sorolla (1863-1923) was able to capture the Spanish light on canvas. His sun-drenched works left a profound impression, even on contemporaries such as Claude Monet. Sorolla is considered the most important Spanish artist of the turn of the century. First and foremost, his mastery depiction of the sea incited much praise: his rendition of light and the sparkling reflections on the waters surface, as in the scenes of children playing and bathing on the beach, convey a true Mediterranean summer experience.

In Germany Sorolla to this date is mostly unknown. I came across him a couple of years ago in Paris where he is well cherished. 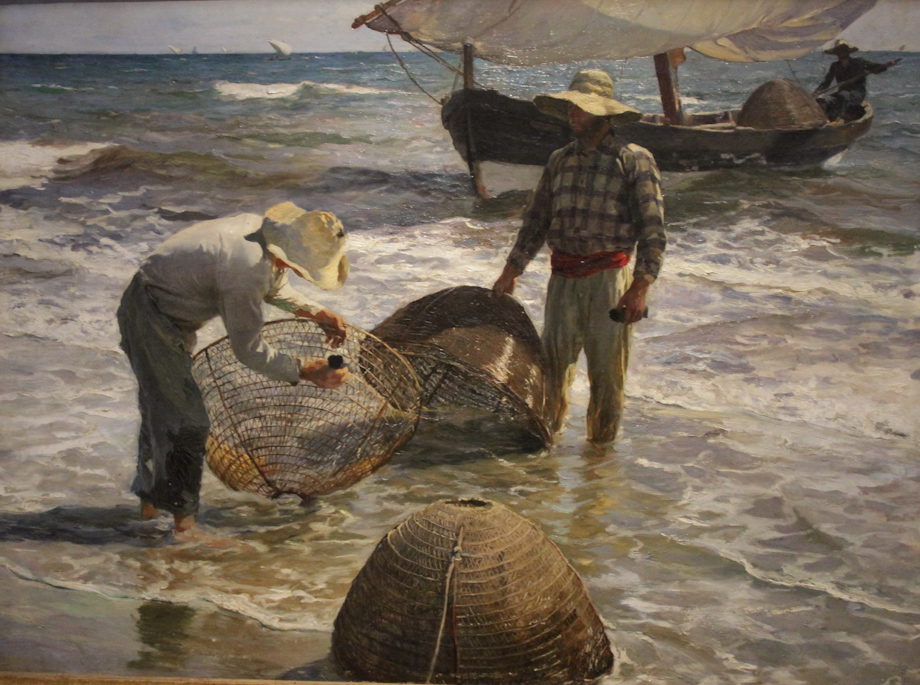 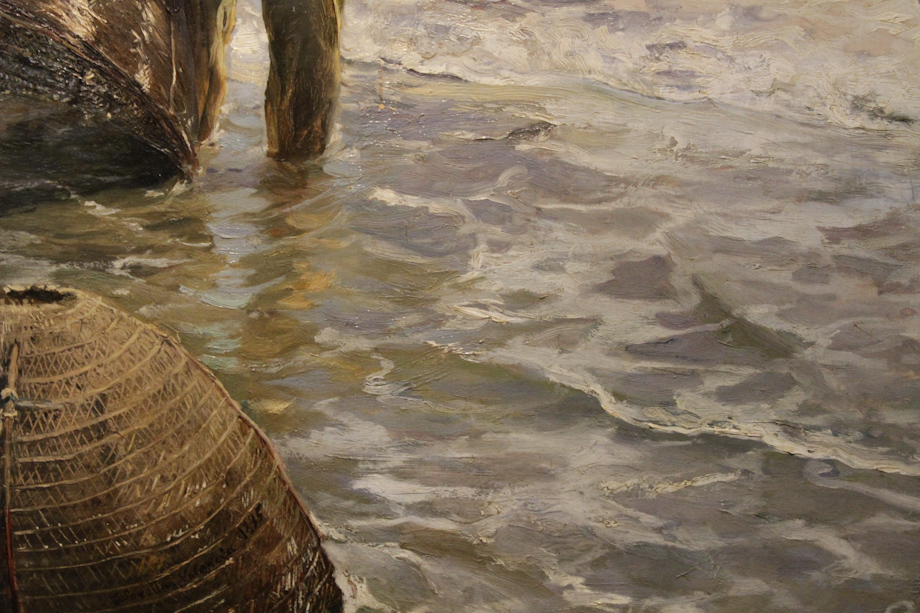 I did spent 8 hours in the exhibition and had time to sit at length in front of some paintings. The longer I sat, the more I was captivated.

Sorolla made some 2000 oil sketches one of which was this beautiful study of the girl at the beach. 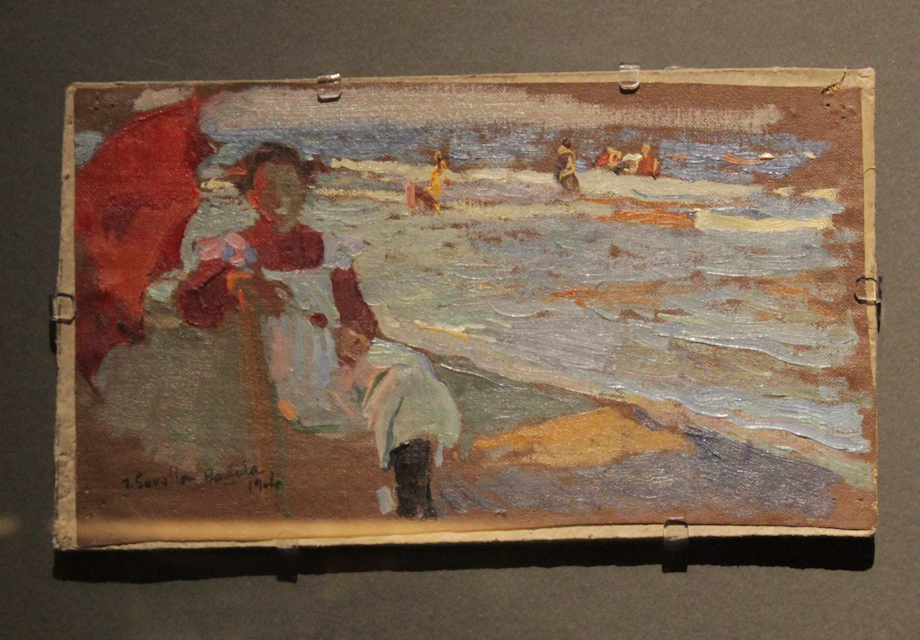 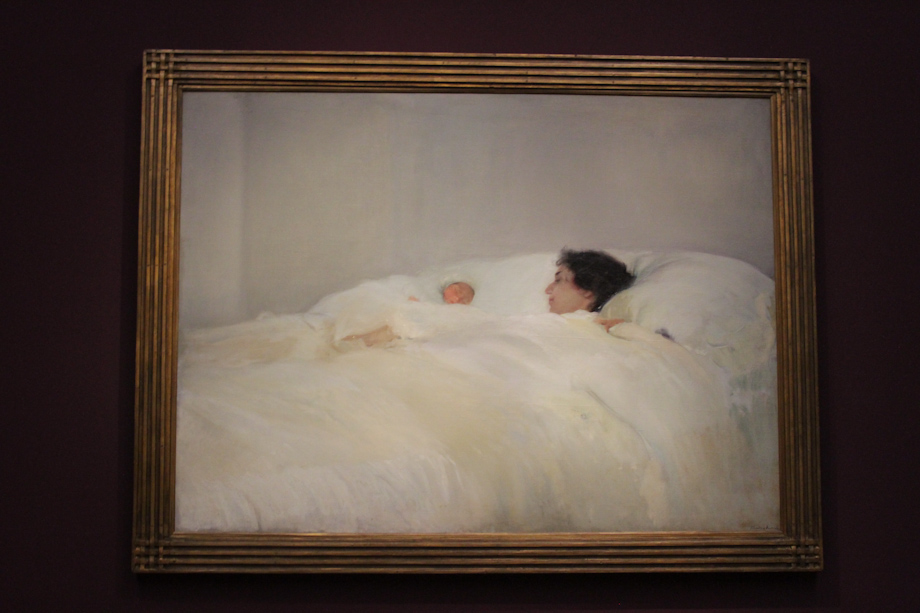 One of my favourite paintings. So much depth in the color white. So much love and affection in one painting. You could feel the great love he had for his wife and children.