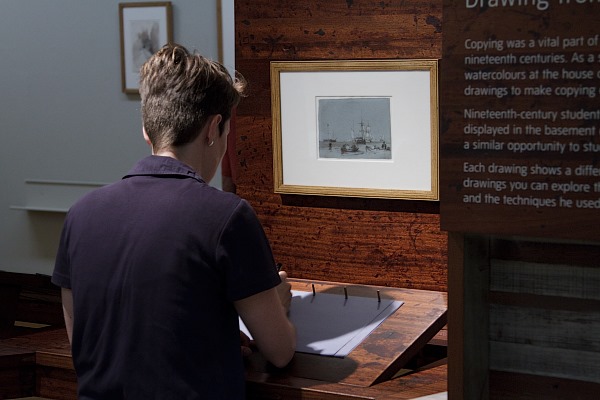 At the Tate Britain in London works of the british painter William Turner are shown. In a special room they explain how his printing technique as well as his color palette had changed over the years. In his early works he used organic and mineral pigments and when later the industrie introduced new pigments he used them too. I very much liked a display, where they showed how his colors had changed during his travels, especially after he had visited Germany and Italy.
The best thing probably was a set up, like the students used to copie Turners work in the 19th centuary. The visitors are invited to do the same. Somehow cool to sit in front of one of Turners originals drawings and copie them.