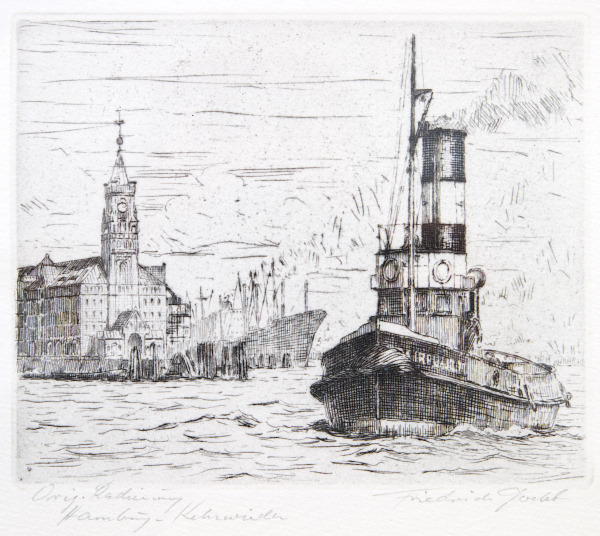 This etching from the German artist Friedrich Gochts was done in the 1920 and shows a tug boat of that time. In the back you can see the so called emperor store house. On top of the storehouse was installed a time ball. Every day at noon the ball was dropped down and crews were able to adjust their chronometers on the ships. To know the exact time was essential for the longitude determination on sea.

Most of this area was destroyed in the second world war and a new storehouse was built in the sixties to replace the old one. On this very base there are currently building the new concert house of Hamburg, the Elbphilharmonie.