The Berlin painter Max Liebermann (1847-1935) is known to be one of the painters who brought the impressionistic painting style to Germany. In his last years he had built a summer house on the Wannsee lake in Berlin. There he painted over 400 oil paintings and pastel sketches making the garden to his main theme in his late work. 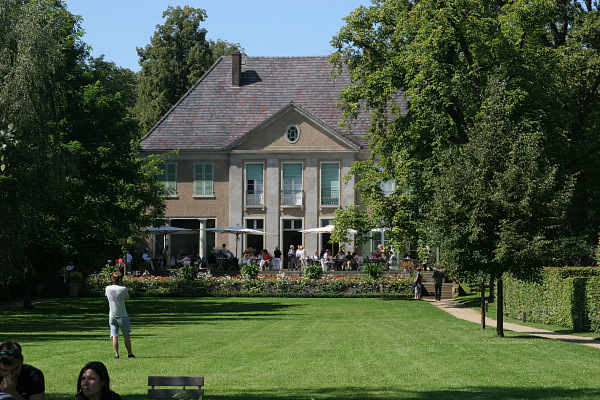 In 2004 we had a really good exhibition in my hometown Hamburg just about these paintings and his garden which was designed to his ideas. He had done some great paintings of a birch alley, which I fell in love with. 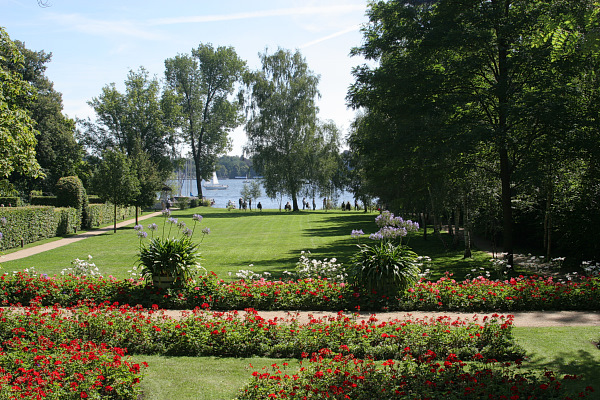 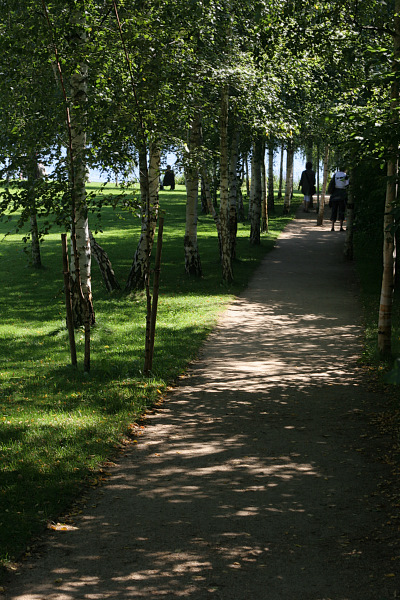 Finally I have made it to this most beautiful ensemble and did spent there entirely six hours. When they did the reconstruction of the garden they also planted a new birch alley along the path and when I saw it I instantly knew what must have catched Liebermanns‹ eye.
I sat down there and tried to do some sketching but unfortunately some (more) mosquitoes were biting really bad. I wondered if Liebermann did have the same problems?